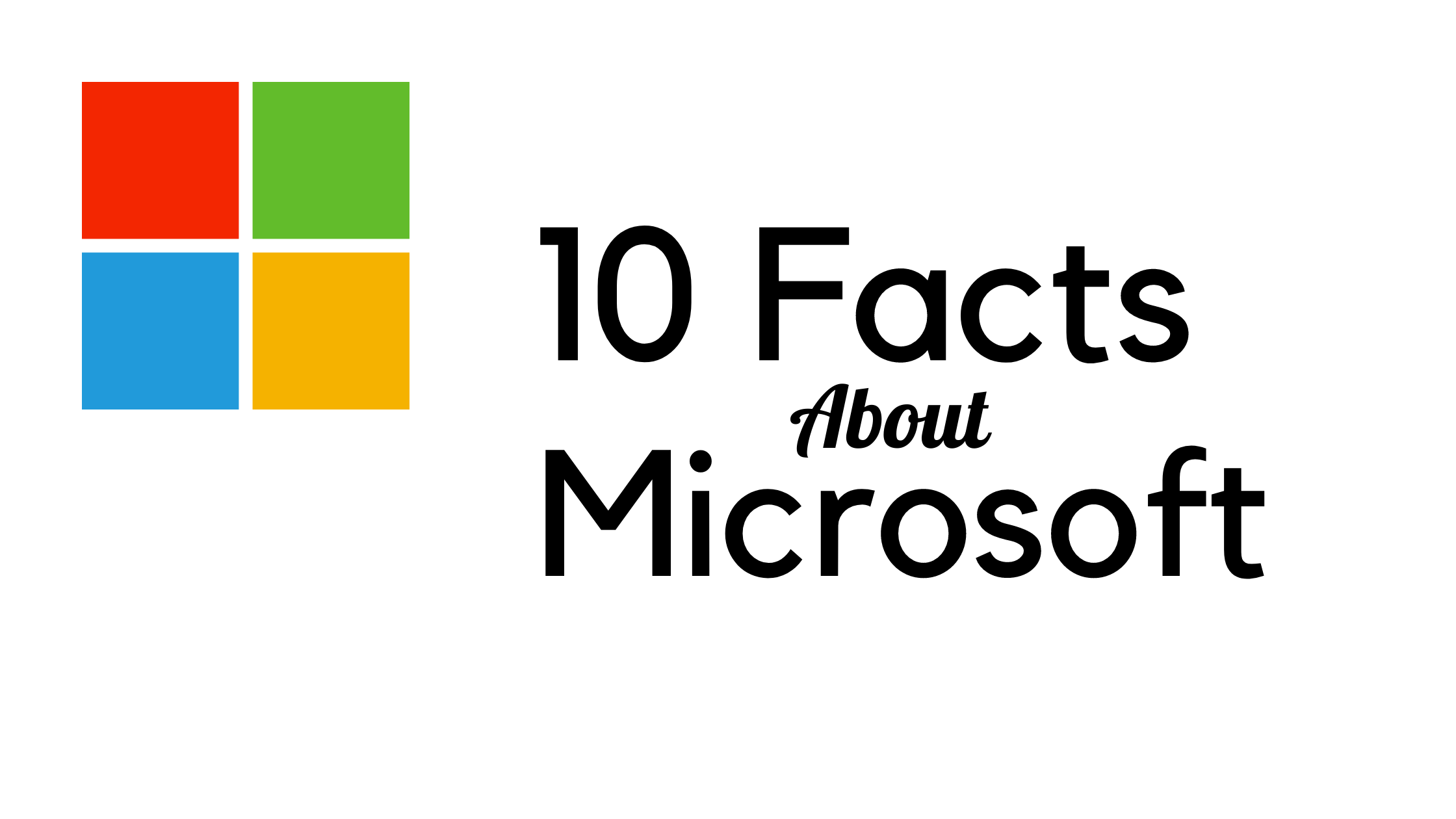 Like it or not, Microsoft has shaped the way we use computers and interact with technology. We’ve all used it to simplify our daily lives – from word processing to operating our entire computer!

1. The name Microsoft comes from the blend of the words “Microcomputer software.”

4. Microsoft paid millions of dollars for it’s Windows ’95 ad campaign, using The Rolling Stones’ classic song “Start Me Up.” The Start button was a selling feature of the new operating system.

5. In 1990, Microsoft bundled Word and Excel into the Microsoft Office suite.

6. Internet Explorer was released on August 16, 1995, and was once the most used Internet Browser next to Netscape.

7. The XBox was released on November 15, 2001. This gaming console was competing against Sony’s Playstation and Nintendo’s Gamecube.

8. The first Microsoft Store opened in Scottsdale, Arizona, on October 22, 2009.

10. As of today, Bill Gates is the 4th riches person in the world.

Did you learn anything new?

This company has done a lot of stuff! From gaming to email to phone operating systems, MS has truly changed the way we work, learn and play.

Having Trouble with your MS systems?

Daniel Gauthier can help you with Windows, Outlook and more! Contact TwinBytes today for remote services.

We also film weekly tutorials on our YouTube channel – many of which are about MS systems.

Here is our latest video!