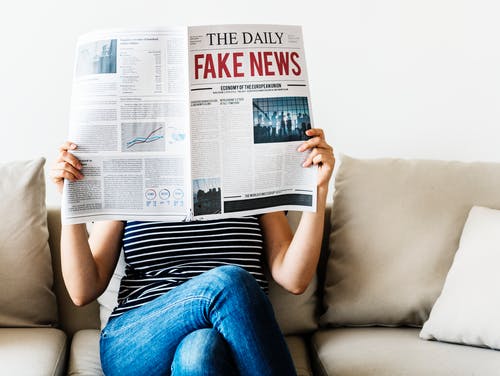 Facebook representatives recently told a panel in Ottawa that the social media giant will not take down doctored or misleading content during the 2019 Federal election because it is not their job to decide what is free speech and what isn’t. If the platform where most fake news is shared won’t do much about it, how can you, as a responsible user, separate fact from fiction?

With the US and Canadian elections ramping up, it’s important to become informed on the issues, but you need to be sure you’re reading real articles that use authentic sources. As advisories get more sophisticated in their abilities to mislead us, we have to get more savvy at detecting fake news and doctored photos and videos.

How to Spot Fake News on Social Media:

False news can be a tricky thing to detect. On the surface, an article link or photo can appear legitimate, but there are some things to look for if you’re seeing an article from an unfamiliar source (not a verified news organization that you follow).

A lot of these same tips apply to other sites, such as Twitter and Instagram. Also be aware of political blogs, chats or message boards.

As always, take internet security extremely seriously. If you have any questions on how you can secure your social media accounts, reach out to TwinBytes today!